There is no alternative, Nick. 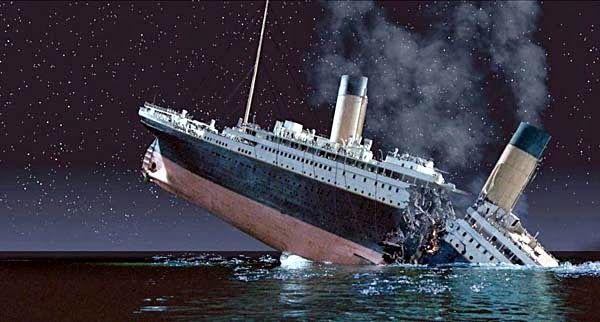 Calamity Clegg has not had a good week - councillors across the country battered again and his group of European parliamentarians reduced to a single representative. With monotonous regularity, there's also rumbling about the leadership.

Angling to replace Clegg at this point is rather like leading a mutiny on the Titanic after the impact with the iceberg - it isn't going to change the outcome. I'm not sure there's anything a new leader could do to recover the situation for the Liberal Democrats, the brand is just too tarnished to recover. I suspect that they have to take their beating in 2015 and that Clegg needs to complete the mission of destruction.

Meanwhile, Lord Oakeshott - hitherto regarded as the earthly representative of Vince Cable - has run a ham-fisted covert operation to try to dislodge Nick and leave the way clear for his master to assume command. The plan was so incompetently run that Vince has had to declare loyalty to Nick and disown the noble Lord. That presumes that Cable offers any better chance of an improved election result - even the polling only shows a marginal improvement. They are so out of touch that they believe that the man who actually piloted the tripling of tuition fees (now exposed as a major financial risk to future governments) and sold the Royal Mail off at a bargain basement price is a better bet as leader and likely to attract voters. Either that or they realise that the hole is so deep that it doesn't matter any more. Vince is now a thoroughly busted flush - all his off-stage chuntering has amounted to nothing. He's not found a red line he won't cross - he's as thoroughly compromised as Clegg. The fact that he polls slightly better than the current leader is more down to the fact that Cable hasn't had the same level of scrutiny as Clegg, but you can bet that would change within hours.

The leader-in-waiting, the prince across the sea, Tim Farron, would not want to go anywhere near the job at the moment. He's biding his time - his hands are unsullied by government office, so he can start the long process of rebuilding the party.

In short, if you think Cable is the answer, you don't understand the question..